Hello, everyone. Welcome back to yet another session with Dr. Aparna Jaswal, who is director cardiologist and electrophysiologist at Fortis Escorts Heart Institute Okhla. So we have taken some questions for her which are very common questions that have been asked by many people. So you can also shoot questions at the comment section, we will try our best to answer those questions. So with this, I would like to invite Dr. Aparna Jaswal Best Cardiologist Doctor In Delhi in as well to start this session.

Hello to you all, and I think at the outset, I’d like to thank all of you who are attending this with us. The session today that we have planned is to speak on pacemakers. pacemaker pacemakers. implantation is a fairly common problem that we encounter and we implant in our hospitals. We at Fortis Escorts Heart Institute Okhla do a significantly large number of implants. So we thought that we would choose this point that we would take this on and describe what a pacemaker is, and how do we do that, and take some questions from the audience. So just to begin and give you an insight into what is the pacemaker. So, you know, in common terms, I tell my patients that you can think the 210 rupee coins are clubbed together. And this is exactly what a pacemaker looks like. So, you can see, this is a pacemaker from one of the industry makers and this thin little device is implanted under the collarbone, normally it is implanted under the left collarbone.

So, this is what the pacemaker is made above, you can see it has a metallic box, and it has a header and they are hermetically sealed, what does it mean? It cannot be separated, they are both together. Before we go into the question-answer section, I would like to let you know patients often ask us if this is a battery is this a battery-operated device to which we say yes, this is a battery-operated device. These batteries are very robust. The batteries of these pacemakers can last anywhere between nine to 14 years, which is very good, depending upon your usage depending upon the model that we choose. So these are very robust batteries. But one thing which I want to let you know is that when a battery is a near expiry, we which we come to know by checking the pacemaker in the pacemaker clinic. Whenever we change the pacemaker for the battery, we remove the complete pacemaker and give a new pulse generator. So it is also called a pulse generator. So the same thing remains for all cardiac implantable electronic devices, be it a defibrillator, be it a CRT, be it a pacemaker, you don’t remove the battery and put a new battery, you put you remove the entire device and you give a new device. 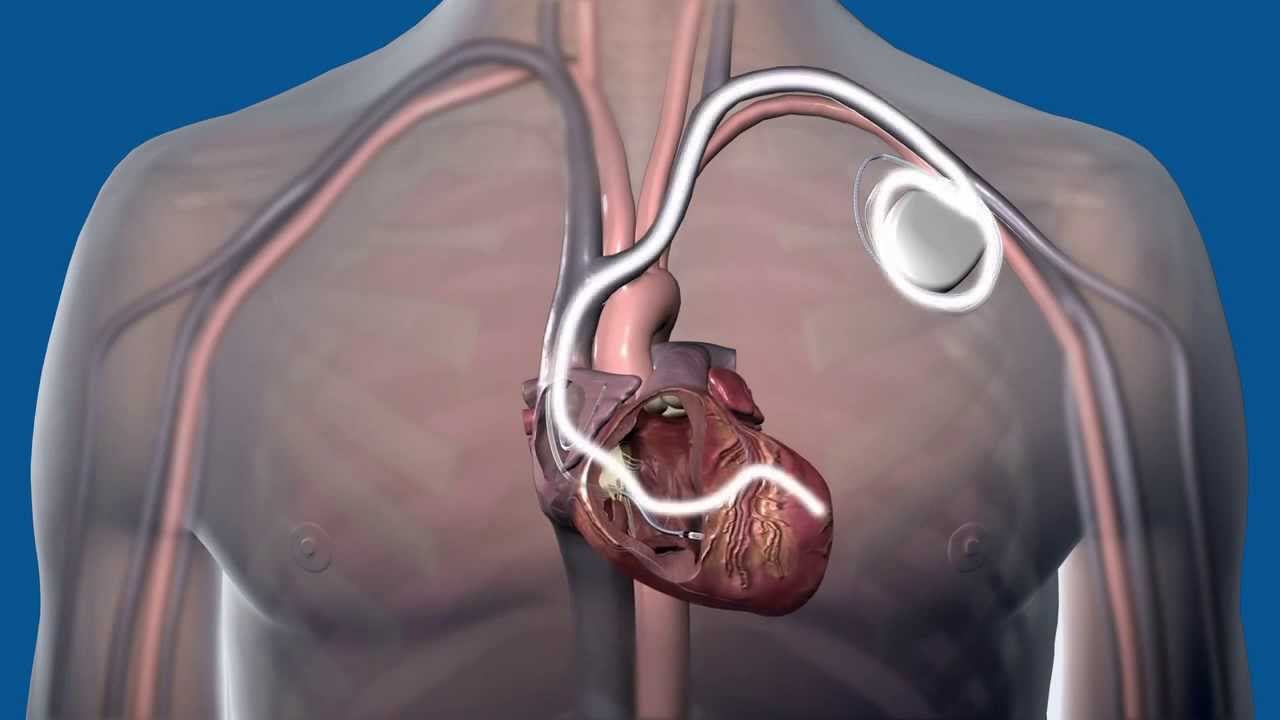 This pacemaker is connected to the heart with the help of certain leads. So this is for the for your knowledge I want to share. This is what a lead looks like. So what we do as electrophysiologists, we implant these devices, we implant these devices under this collarbone, we take a puncture, and this lead first enters and goes inside that heart, we position it where we want to position and subsequently, we connect the other end of the lead to the device, we connect it to the device, and then this device is positioned under the collarbone and we make a little pocket and we stitch the pocket up and the patient is fine in the next few days. So this is what I wanted to describe as to what is a pacemaker and what is a lead. We also have special pacemakers today, which could be leadless they do not have leads and they are like a capsule. But for the sake of discussion for today, we have kept the regular pacemakers, which could be single or dual. So we’ll go forward taking the questions and then one by one I will want to answer them.

When will someone get to know that he or she needs to consult the Best Cardiologist Doctor In Delhi? With pacemaker,

So basically, then does one need to seek a medical opinion for a pacemaker? Normally, for all of us, our heartbeats, the beating is 60 to 100 times a minute, when we’re sleeping, it is low, when we are awake, it is high. However, it should remain between 60 to 100 times a minute, for some people, it could be out of this range, but largely it is around this range. So when your pulse rate becomes slow, less than 60 means it could be 50, it could be 40, you could have some symptoms, you could feel dizziness, you could feel lightheadedness, you could feel fatigued, you could feel shortness of breath, you may sometimes feel even palpitations, and the most dramatic sometimes people faint. So, when when you experience any of these symptoms, you must contact the Best Cardiologist In Delhi and your doctor will get an ECG done or may get a Holter done, which is a 24 hour ECG recording subsequent to which we decide whether you need a pacemaker.

What Are The Symptoms of Needing A Pacemaker? Many People Think That Getting A Pacemaker is A Major Surgery.

We would like you to enlighten us on this if you can tell that the house is not there as well. Yeah, so implantation of a pacemaker, we say is a procedure. We don’t call it to be a surgery. pacemaker implantation is done under local anesthesia, we give local anesthesia here as a result, the patient and us as doctors keep chatting with each other, it gives a lot of comfort to the patient to know that his doctor is there, and his doctor is communicating at that point in time. After we give local anesthesia, we take the punctures, meaning I just showed you, we take them into the way and from the vein, we place these leads, after we placed these leads into the position of the heart that we want to go in, we subsequently position the pacemaker to this lead and connect it to the pacemaker and then position this pacemaker under the collarbone by making it pocket. So this is all done under local anesthesia while the patient is awake. It is not we don’t call it surgery, we call it a procedure simply because it is a fairly simple procedure. It lasts for about 45 minutes to an hour, the patient is in the ICU for one day and subsequently comes to the room and is discharged from the hospital within 48 hours. For any heart, emergency call us:+91 9818797594 and fix your appointment with the Best Cardiologist Doctor In Delhi Dr. Aparna Jaswal Director Cardiologist And Electrophysiologist at Fortis, Okhla.

To be continued on the next article…

previousEmpowering Women in The Fight Against Heart Disease by Dr. Aparna Jaswal

Additional Director Cardiologist and Electrophysiologist at the Escorts Heart Institute and Research Centre in New Delhi.